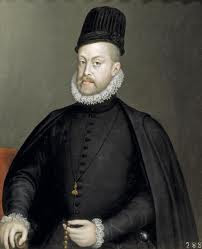 ‘Hi nigh brine kai?’ is often the first sentence you will learn in Received Pronunciation (RP) – how to enquire about the health of a brown cow at a precise moment in time.

Of course, the Queen’s English is used not only to establish the welfare of tan cattle, but to impose the way people expect us to speak. And by ‘people’, we mean society. One needs a clipped accent to be respected or to have one’s authority accepted, in order to advance in life.

What might not be appreciated so much is that that word ‘received’ is loaded. The suggestion is that one’s pronunciation should be something that should be communicated or despatched (from the ruling classes) and accepted (by the hoi polloi) i.e. received. The pronunciation must be registered (in our minds), much as one might in analogy sign for a courier-delivered parcel to verify its receipt. By wiggling one’s finger across the screen of that big mobile phone thing couriers hand you.

‘Is that OK?’ you ask the courier. ‘Is that alright as my signature?’

‘So, I could have just twitched; squiggled anything? And you would have accepted that as my signature?’

‘Or I could have forged the signature of the person who this package is for? Like forging banknotes, but instead of making fake money you can spend fraudulently, getting something random you might not want from Amazon? Like unexpected socks?’

‘Alright, mate?’ says the courier by way of taking his leave, finding an excuse to terminate the further probing of the verification process. He is on a mission to deliver as many parcels as he can, aspiring to prove to Jeff Bezos that he can meet the minimum wage on a zero-hour contract if he works fast enough and doesn’t waste time on signature talk.

It wasn’t though, as commonly thought, the British who invented Received Pronunciation. That honour belongs to...

Posted by Paul Angliss at 22:17 No comments:

Email ThisBlogThis!Share to TwitterShare to FacebookShare to Pinterest
Labels: Chew Your Food, Rad Obagam, Track of the Week


Oftentimes it is only when we step into country churches that we realise that our trainers have developed a squeak. We try to act detached from the squeak, but there it is a constant companion as we step over to read that intriguing bronze plaque. ‘This one died in 1724!’ you exclaim to your partner who will certainly be as interested as you in finding the first recorded dead person in the church. But then you venture forth, checking out a bit of apse or a section of nave and the squeak tells everyone else in the church keeping it quiet (like you’re supposed to), that yes it is you making the noise. You needn’t look around trying to work that out any more. Yes, it’s me with the heretical trainers. Satisfied now? People from the country, meanwhile, know exactly where they are wearing wellies. The welly is consistent, dutiful. True to form it makes a jaunty clumping noise with every step, be they old or new. And the welly will always drag your socks off inside the boot after a short walking distance. (CLICK ON 'Read more' LINK, BELOW)

Posted by Paul Angliss at 22:25 No comments:

Email ThisBlogThis!Share to TwitterShare to FacebookShare to Pinterest
Labels: divine power, scienz of life, Track of the Week

It is a slight phenomenon that people whose homes you visit always have the exact number of books to fill their bookcases. You would think that they might start with their first book, something like a ‘Peter and Jane’ (presumably edition 1a, the first in the series in which Peter is entreated by Jane to jump (paraphrasing Jane: ‘Jump, Peter, jump’; Peter cajoling Jane to reciprocate in kind with ‘Jump, Jane, jump.’), a single volume lost in the vast shelf space of a bookcase, when a book collection has ventured no further than a book acquisition.
In the Nazi era, book etiquette was primarily: bung them in a big pile and burn them. Nazi book clubs were attended not so much by literary types but people with poor circulation thankful for the warmth generated. Fascist book club members were less inclined to suggest next meeting, ‘I’ll bring along a good book’; more likely, ‘I’ll bring the marshmallows.’ (CLICK ON 'Read more' LINK, BELOW)

Posted by Paul Angliss at 23:56 No comments:

Email ThisBlogThis!Share to TwitterShare to FacebookShare to Pinterest
Labels: 1983, Flying Lotus, Track of the Week


Chemists have a section in their shops called ‘Family Planning’. But it’s woefully underprovided. Not one brochure. No suggestions like why not take your kids to the zoo? Or how about a trip to Alton Towers? Yet proper family planning would be so useful in the summer holidays, for instance, when the kids could do with a bit of structure to their day. All there is in the Family Planning section, is a selection of condoms. You can’t just give them a condom you got from Family Planning and say there you go have a nice day; look forward to hearing all about it when you get back. Life doesn’t work like that.
Anusol has taken over from condoms as the embarrassing item to buy over the pharmacist’s counter. The name of the ‘piles alleviator’ has helped achieve this. (CLICK ON 'Read more' LINK, BELOW)

Posted by Paul Angliss at 02:38 No comments:

The War to End All Dinners 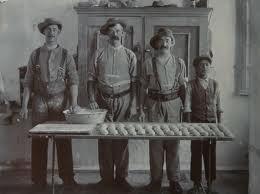 Upon the 100th anniversary of the outbreak of World War I, we might expect a commemorative dinner hosted by Heston Blumenthal. Let’s only hope then that he doesn’t insist on doing his own research for the theme, else his cooking staff are in trouble. Here he is conceptualising:
‘I’m going to do a cut of beef – beef culottes (we’ve all heard of skirt steak, but Heston would have found a rarer cut, not quite skirt but culottes, named after the 1980s-favoured flappy shorts that looked like a skirt (the only instance of optically deluding garment)). Now I want the perfect marination with the ultimate enhancer of beef – mustard. But how best to infuse the meat? Aha! Well, I have help on hand. Here’s a letter dispatched by a Private Tommy Farrell of the Royal Fusiliers from the Western Front. In it, it says:
“To my dearest Elspeth,
Well my darling, I hope this finds you in good health…”;
Blah, blah, blah, until we reach what for me is the most interesting passage:
“… the warning went up, masks on. Poor old Sergeant Fellows couldn’t get his apparatus on in time. Bought it I’m afraid. Mustard gas…”
Mustard gas! That’s it! I submerge my culottes in a trench – much like the New Zealand Maoris do with their hangis, burying the meat underground – and waft over the mustard gas. In its gaseous form that mustard is going to penetrate the beef to the max…’ (CLICK ON 'Read more' LINK, BELOW)