Not Seeing the MDF for the Trees

We’re all looking for the next Age. We had the Stone Age, a period of assailing animals/fauna with flint. We had the Iron Age. The Bronze Age also; followed up much later on by a Brass Age in the 1970s when horse brasses were used substantially to decorate pubs serving Watneys ale. All revolutionary ages of man profoundly marked by the adoption of a new material. A lot of us, however, little realise that we are in fact sitting in an Age at this very moment. The MDF Age.

It’s been very difficult to pinpoint exactly when the Iron Age or the Bronze Age started. But we do know that the MDF Age began precisely around 7pm on the 4th September 1996 with the first episode of ‘Changing Rooms’.  The DIY show, marked the first time we had seen a clone of Frances de la Tour from ‘Rising Damp’ (right). (CLICK ON 'Read more' LINK, BELOW) 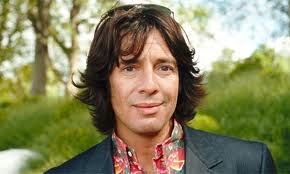 But in it, Lawrence Llewellyn-Bowen (left) also began a television career proving that there is a parallel universe. That everything that exists can be replicated in MDF (play the clip below from 4.28).

The earth has yielded fragments of artefacts from the Iron and Bronze Ages over the millennia. A section of Sphinx nasal flange here, an Assyrian grouter there. But the MDF Age promises to be far more instant for future archaeologists. A few years on from the make-overs of the Changing Rooms era there will be countless houses falling apart, yielding fragments of MDF. Archaeology will enter a new phase where it will not be so very distinguishable from ‘tidying up’.
Posted by Paul Angliss at 01:26