Back in the 1970s Chicken-in-the-basket was a delicacy on a par with prawn cocktail. The prawn cocktail was later given a further lease of life as the eponymous flavouring in prawn cocktail crisps. Anybody it seemed could now savour something of what it was like to eat shrimp-type things in a heady cocktail of mayonnaise and tomato ketchup. 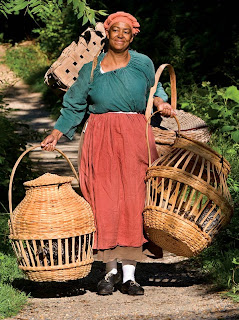 And so, the chicken meal was to follow a similar trend. Initially, it was what we term ‘a real treat’ not to eat chicken off a plate. Out of a basket thrilled us. It fuelled in us a yearning to eat like the noble peasant. From a basket – if that’s what peasants did. Though we did wonder about how easy it would be to wash up the baskets afterwards, not something we worried about with plates. It was a cause for concern that you might be served your chicken in a basket that had not been washed up. In a reused basket. Though were we to suppose that the baskets were disposable? – we didn’t see evidence of discarded baskets outside Harvester restaurants. (CLICK ON 'Read more' LINK, BELOW)

In the modern day, the basket has been replaced by the carton. The carton’s disposal troubles us less. We are reassured that we will not be served our chicken and chips in a reused carton because its reverential diners ensure this cannot be the case by depositing them carefully on urban streets.
Posted by Paul Angliss at 23:56