Gandhi and the All-Day Breakfast

Try telling it to the youth of today and they won’t believe you – you never used to be able to order breakfast from a café in the afternoon. 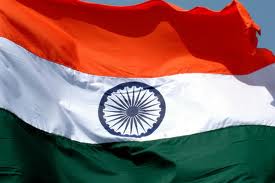 Now it is possible to order a fried breakfast at specially designated cafes that proudly advertise ‘All-Day Breakfast’. So how was the Draconian curfew broken? Anyone familiar with the film ‘Gandhi’ might have drawn inspiration. Gandhi wouldn’t have put up with it, albeit in a non-violent way. He encouraged self-sufficiency among the Indian people by spinning their clothes on a spinning wheel, the charkha. The message he sent out, effectively, was: if you won’t cook my breakfast, I’ll cook it myself. Gandhi would have similarly encouraged the disenfranchised British who got up a bit late to get down the caff to take up their own frying pans. In defiance. The charkha was such a powerful symbol that its depiction later made it onto the Indian flag. Imagine the Union Jack: the Cross of St George, the Saltire of Scotland, whatever it is of Wales but not their dragon because it would have mucked up the design of the flag, and a frying pan plonked in the middle? (CLICK ON 'Read more' LINK, BELOW)

All we know is that something changed in British society. A Spartacus moment.

‘We don’t cook breakfast after 12’, whines the café waitress, not without a hint of Schaudenfreude. The rejected breakfaster stands up, announces: ‘I want an all-day breakfast!’. Another latecomer rises: ‘I want all-day breakfast!’. Another: ‘Oh Captain, my Captain!’ And another ‘Carpe Diem!’ Those last two diners you would have to take aside and say I think you must have been watching a different film. I think that’s from The Dead Poets’ Society.