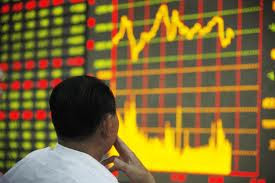 ‘We’re downgrading you from AAA to AA,’ say Moody’s or Standard & Poor’s, the credit rating agencies (CRAs). ‘And that’s a bad thing,’ they add, in case you didn’t know it. Basically, what they’re saying is we look at your country’s economic health and come up with some letters to show how worthy you are of borrowing money. All seems a bit abstract until we realise that the system of categorisation they use draws parallels with bra sizing’s. (CLICK ON 'Read more' LINK, BELOW)

AAA is the largest of the smallest cup size, almost a B cup; and correspondingly the best credit rating. AA is a bit smaller – smaller breasts, a little less credit worthiness. Thing is, the CRAs don’t appear to have spotted the pattern. Otherwise, we would have expected to hear somewhere along the line a country downgraded from AA to A, then BBB to BB etc. Recognise that bra sizes extend to a truly mammalian F cup and the CRAs find themselves with a lot more letter power up their sleeve (or up their top, if you like a simile). The massively indebted Greece, they might say, is on a par with Dolly Parton’s credentials. And interestingly, a country with a ratings equivalent of an F cup, would be said to have ‘gone bust’.
The economy-hooters connection is not new, just hitherto overlooked. In the 1970’s the ladies underwear manufacturer, Playtex, invented the ‘Lift & Separate’ bra. Back then, people would have been less inclined to consider an economic link; they would have been more concerned about Playtex’s plan to disassociate breasts. ‘Lift’ they could understand, but ‘separate’? There is a very good reason, they would say, that we coin the term ‘bosom buddies’. Had economists read Playtex in financial terms, they would have seen that lift and separate was a sign that we should be lifting the economy by enacting demergers i.e. separating companies into smaller concerns. Probably.
And in recent times, the American banks lent money to those who could not pay it back. This so happened to coincide with the age of breast enhancements. False economy – false tits.
Posted by Paul Angliss at 23:27