There is a lot of debate about whether someboy has a tan or a fake tan. And mostly when that person is bronzed around the time of the Winter Solstice (December 21st) when spotting the sun is more usually restricted to people glimpsing its two-minute bob above the horizon at Stonehenge. 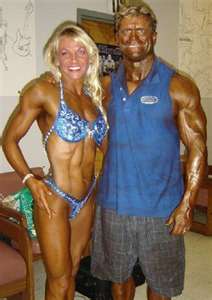 Of course you could say you tan very easily. You have very sensitive skin. In fact, your family has a long and unenviable tradition of avoiding rickets. A family of rickets-dodgers. And further, you might have a job that keeps you exposed to what you regard as the fierce winter sun, like Stonehenge druid. (CLICK ON 'Read more' LINK, BELOW)

The fake tanner has another card up his sleeve. He might attribute a nutty complexion to a skiing holiday and authenticate his claim by leaving white sunglasses circles round his eyes. Or, if he’s feeling like a complete head smear, he could say he does have a skiing tan, but filled in the circles round the eyes, just to make himself more plausible.
Fake tan should really be called ‘fake fake tan’ because it’s a fake tan that doesn’t look like a tan. Though, two negatives make a positive so fake fake tan is actually a tan. We’ve come full circle. So that’s why people get confused. Of course, we can always tell if somebody is wearing fake tan if that person is not house-proud. Because dust is dead skin cells, so all their surfaces, the bookshelves, the sideboards etc. will have a fine dusting of orange. We can even go round their house at night and not switch the lights on in order to catch them out. And there you will see the faint outline of the furniture, luminous like those glowing skeletons you could buy as a kid and work in a darkened room. It all works on the same principle as playing with orange golf balls in the snow, or of lint showing up embarrassingly white on your black jumper at a disco.
Posted by Paul Angliss at 02:21