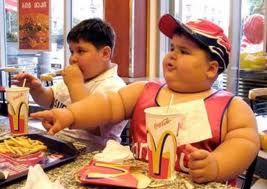 When it comes to talent identification in sport, fat kids are slipping through the net. Albeit a net with a gappy mesh.
We’re all familiar with the way young footballers are brought on, but are we seeing enough from the Sumo Wrestling Academies, the Darts Academies? – sporting institutions that demand porky excellence. All too often they are failing to pick up raw talent. Darts scouts, where are you? There’s overweight youth out there planting the javelin perilously close to a foot-impaling in the athletics season. The sort of thing that generally gets overlooked. But look closer, scouts, at the consistency of the javelin placements. Notice a missile accuracy over a much shorter range and notice that the thrower is a ‘brandable’ tubby.
‘You’re very good,’ the scout may say, encouragingly. ‘Come out for a pint, son’. Or he could at least offer a half, because, from an early age, it’s also about conditioning. (CLICK ON 'Read more' LINK, BELOW)

It’s not just the scouts who can play a part. School games masters are ideally placed to identify too. Relax your focus on the captains’ elite, the hand-picked 22, contending on the football field, for there across the meadow is the next Sumo icon, dangling from the hockey nets crossbar. There’s another rising to the challenge of the 1500m, slobbering up the straight bits of the track then walking round the bends. Recognise these kids’ tendencies. Do they, for instance, show early signs of wanting to push other fat people out of a circle?
‘Please, Mr Peters, sir,’ bleats little morbidly obese Jenkins approaching his games master on the school playing fields, ‘May I go to the toilet?’
‘That’s the third time of asking, Jenkins. We’ve only been out here five minutes’.
‘Sir, sir, I have to go’.
‘OK,’ relents the reluctant master, ‘Off you go.’
But recognise, the Mr Peters of this world, what you have when you tell Jenkins he has to do P.E. in his pants when he turns up without his kit. Recall his incontinence from the other day. Recognise that he wears instead a large nappy. Otherwise, Sumo stands to lose.
Posted by Paul Angliss at 00:03