﻿﻿﻿﻿﻿﻿﻿﻿﻿﻿﻿﻿Probably the biggest criticism of the radio telescope is that it’s a bit gimmicky. And the telescope bit of it is way too big. Look at an example, Jodrell Bank. Look at the size of it – about 200 foot high with a satellite dish that wouldn’t even be allowed to be attached to the wall of a council flat. (CLICK ON 'Read more' LINK, BELOW)


Sure enough, in time, it will go the way of other things that were massive when they were first invented, like a calculator the size of St Pauls Cathedral in the 1950s, to something pocket like an i-radiotelescope or something like a Sony Spaceman. And in some circumstances, the radio telescope could be seen to have its uses. For instance, those type of telescopes are always built way out in the countryside and the radio provides a bit of company of a night. 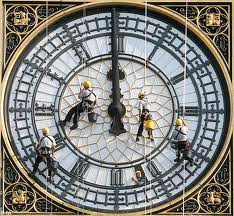 But for now, the radio telescope is as wrong as a clock radio made out of Big Ben and a relatively tiny little transistor attached for listening to The Archers and waking you up in the morning. The price of one must be really offputting as well (Jodrell Bank must have cost millions) if all you really want to do is perv at the girl in her bedroom at number 19 getting undressed. And the noise of the radio can actually serve to give you away.
﻿﻿
﻿﻿
Posted by Paul Angliss at 00:42