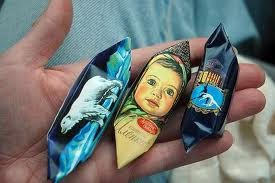 A similar faux pas was made at the Trotsky Children’s Memorial Playground. Here children were offered confectioneries. A warm, generous touch. But pick and mix? Any follower of head injuries sustained by Russian authority figures will know that Trotsky’s assassin hit him over the head with an ice pick. And then, fairly ungenerously, did it again. In fact, Ramón Mercader, the assassin, in approaching Trotsky, was quite possibly the first to coin the phrase, ‘Can I pick your brains about something?’
Posted by Paul Angliss at 00:01