You Say Kebab, I Say Key-Bob 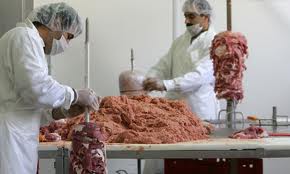 It wasn’t until the 1980s that it was possible to quash a firewater-induced famine with kebab. Not until an intrepid meat salesman dared to ask Middle Eastern takeaway establishments: ‘Do you think you could shift this sheep’s leg afflicted with elephantiasis?’ that the whole inebriation-dining landscape changed. It was the sort of task Sir Alan Sugar would have chucked out to his Young Turks to sort the wheat from the chaff. ‘Wheat from the chaff, wheat from the chaff’, a phrase that would have echoed around the salesman’s head. That’s it. Of course. Before the 1980s, the only after-hours antidote was cereal in the form of Kellogg’s Cornflakes. Drunk people took on breakfast at the end of the day instead of the beginning. It was feeding oneself before a fast could take hold – taking ‘fix-fast’, as in stopping the fast in its tracks. This salesman realised that the key was selling to people with an impaired judgement. (CLICK ON 'Read more' LINK, BELOW)

Take a look at any decent newspaper dedicated to tropical diseases and you will see that  elephantiasis also bloats the testicles to past-a-good-thing proportions. Get that kind of action going on a tropical sheep and it would appear you’re sitting on a goldmine. Selling sweetmeats to the mashed masses. But then came the prohibitive drink-driving laws. ‘Chilli sauce, my friend?’ the kebab vendor would ask before wrapping what looks like a spacehopper with chips. Then, eyeing the enormity of the package:  ‘Do you have your own vehicle?’
Footnote: is it elephantiasis or elephantitis? Looked for clues in that song ‘You say tomatoes, I say ‘tomay-toes’, you say potatoes, I say ‘pot-ar-toes’ but no reference to ‘you say elephantiasis, I say elephantitis. Elephantiasis, elephantitis, elephantiasis, elephantitis; let’s call the whole thing off’.
Posted by Paul Angliss at 00:48